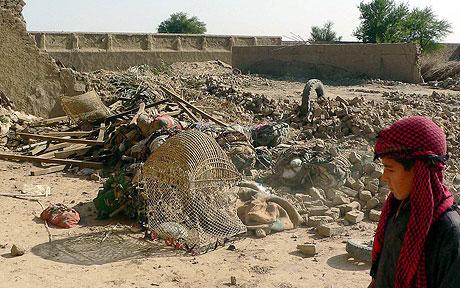 What exactly does it mean to be in war? It’s never been clearly defined in US history, from Lincoln’s declaration of war without the congress’ consent to Nixon’s infamous “It’s not illegal if the president does it!” to Cheney’s defense of water-boarding. At a time of war the government virtually gets away with anything because there is this empty folder of policies that America must follow during war. I was initially going to focus this post on the “other Guantanamo” but when I tried to dig deeper into the “Laws of War” handbook I was aghast. America is technically not breaking any of its own laws because they cease to exist. Sure, the US is breaking multiple Geneva Convention as well as International Law policies, but who’s going to put the US on trial?

The UN is not the superpower of the World. Congress has “power of the purse” as one Congressmen Hyde puts it. The US is one the largest benefactors of the UN (considering it did establish the UN). In the UN security council, the Big 5 (China, Russia, France, US and the United Kingdom) all individually have the powers of vetoing any resolution. An example of a resolution that has been vetoed by the US is one proposing the definition of terrorism. In summary, it stated that any country that supports the illegal occupation of another country, and supports and assists a country that is not withholding its people’s human rights is considered a terrorist country under this act (along with other conditions). Israel was another country that voted against the act because of its illegal occupation in the West Bank (and Gaza at the time) and the US was “doing business” AKA, trading goods with South Africa that was oppressing native South Africans as less than human.

At least the International Human Rights Laws was passed, something that every country should have agreed upon. While the US supports the international law and signed the Geneva Convention, it doesn’t hold itself responsible for upholding these rights and laws at a time of war. In the “Laws of War” handbook, in the human rights section it states:
It is the original scope of human rights law that is applied as a matter of policy by the United States when analyzing the scope of human rights treaties. In short, the United States interprets human rights treaties to apply to persons living in the territory of the United States, and not to any person with whom agents of our government deal in the international community… (p.291)
This leads to the The Bagram Theatre Internment Facility (BTIF). The case of Guantanamo’s illegality has been put on trial, and it has been ruled as unconstitutional. Guantanamo Bay Camp is on American soil, which essentially means that the US must uphold human rights laws. However! Under US LAW it is LEGAL to not uphold these human rights laws in the “international community”, which in context, applies to Abu Ghraib and the Bagram Theatre Internment Facility. Now that the prison abuse in Abu Graib has been publicized (see “Where are the Abu Gharib pictures”) it has left the BTIF in the shadows.

The question has been raised by right-wingers, “Where will the Guantanamo detainees go?” and it is a valid argument. Most of them are believed to be transported to Bagram. The BTIF is twice the size of Guantanamo, and currently is holding around 600 detainees. The detainees are not subjected to a fair trial, nor given a reason why they are arrested.
“Mr. Wasiq” is a former Bagram Theatre Internment Facility detainee. He sat down for an interview with the Huffington Post’s Jonathan Horowitz.
Mr. Wasiq in his own words about how he was arrested:
“Mr Wasiq: I was in my room at home, around 10pm, and it was obvious to me that something was moving on the roof. I thought it was raining or maybe women were on the roof collecting things they put up there. When I went out to see what was going on I saw Americans in their uniforms. They started speaking through a loud-speaker. I went to open the front gate to our compound and the soldiers started shooting – I’m not sure if they shot at me or in the air. I jumped out of the way and told everyone, “Don’t go outside, the Americans are here.” After that I heard an explosion. The soldiers blew up the gate and entered the rooms and they told me not to move. They did this with a gun pointed at me. Then they handcuffed my hands behind my back, put a hood on me, and laid me on my stomach. I was like that for three hours. Without asking permission they entered our house. The Americans were accompanied by private security soldiers that work for Americans, not for the Afghan government. They were completely wild. I was in my room with my wife and three children and the soldiers came in with their guns pointed at me, telling me to leave my room. The youngest of my children was two years old. Some of my children still wake up at night shouting and screaming because of the raid. “

Wasiq’s brother, a principal of an all-girl’s school is still being detained at the Bagram prison.
Wasiq found out, ten days after he was arrested, that he was believed to to have ties to Al-Qaeda, and was connected to the assassination of an Afghan official. The official’s brother said it was a “mistake” that Wasiq and his brother was ever arrested. No apology has been given by the American forces for this. While in Bagram he was given two meals a day, merely peanut butter and crackers and water. After every meal he was given a complete body search. When they would take him away for interrogation he would be hooded and be given earmuffs. When he was transported from one place to another he was put into a 6’x3’ isolation cell that was locked, and he was blindfolded. If this is how they detain and treat an innocent man for ten days, then we can only imagine what happens to the inmates who are held there longer. Much, longer. There’s hardly enough investigations and articles written about BTIF, and it has not been publicized to the American people. Only one picture has been released of BTIF.

Everyone is entitled to human rights, and under the Universal Declaration of Human Rights it is illegal to “subj[ect] to torture or to cruel, inhuman or degrading treatment or punishment.” It seems like when one falls, two stands up to take its place. In this situation, when Guantanamo closes, Abu Ghraib and the Bagram Theatre Internment Facility will take its place, even more powerful than before. Especially Bagram. Under Afghanistan’s corrupt government as well as the Hush-Hush environment of the internment facility, (or camp, whichever) it is a hotbed of illegal activity. Not because of its detainees, but because of its abundance of international law violations.
The US needs to recognize that it cannot interpret international law, but must abide by exactly what international law s. Nowhere in international laws does it say that during war, international law is obsolete. The question we should be asking is who’s going to put the US on trial? Who’s going to stop the US? Well, the Middle East can answer that.

Mr. Wasiq: I think the Americans have come to occupy our country and to take our land from us. This isn’t what I thought about Americans seven years ago. I thought the U.S. had come to build our country and to help our people. But my brother, he was a principal at a school. I am a farmer. And what was the fault of the women and children who were in the house when it was raided and destroyed? I went to open the gate for them and they shot at me. Why are people being arrested for no reason? This is why my opinions have changed about the Americans.

One response to “War= No policies.Bagram Theatre Internment Facility.”